How Beninese Authorities Chained Sunday Igboho In Cell, Made Him Cry Like Baby – Lawyer Reveals

How Beninese Authorities Chained Sunday Igboho In Cell, Made Him Cry Like Baby – Lawyer Reveals ENTERTAINMENTS & News
Chief Yomi Alliyu SAN, the lead counsel for arrested Yoruba Nation activist Sunday Adeyemo aka Sunday Igboho, has described as inhuman, the treatment his client is being subjected to in the custody of the police in Benin Republic, SaharaReporters reports. The counsel stated on Tuesday that his client was chained inside the cell, tortured on the hand and forced to cry like a baby. The lawyer confirmed that Igboho wept when they spoke on the telephone on Tuesday. He said Igboho’s wife, Ropo, a German citizen, who was arrested together with the activist, was also kept in a separate cell by the police in the neighbouring country. Speaking with Punch, the lawyer said, “They chained him in the cell where they put him in Cotonou. There was a fracas at the airport yesterday when he was arrested. They hit him in the hand and that same hand was handcuffed, he is in pains and he was weeping like a child when I called, I heard him. “The wife too was put in a separate cell but they didn’t chain the wife. He was crying, the wife was crying too cease he was writhing in pains seriously. We only pray they don’t pay anybody to kill him. You don’t out somebody in cell and still chain the person. “You know he sustained injury and they didn’t take him to hospital for treatment. We heard that he is appearing in court tomorrow but I don’t know whether that will carry it out.” Recall that Igboho and his wife were arrested at the Cadjèhoun Airport in Cotonou, Benin Republic around 8pm on Monday. They were about to catch a flight to Germany before Interpol apprehended them. The senior advocate, who described the arrest of his client as shocking, urged the government of Germany, Benin Republic and the international community “to rise up and curb the impunity of the Nigerian Government by refusing any application for extradition of our Client who already has application before the International Criminal Court duly acknowledged”. The Nigerian secret police had raided Igboho’s Ibadan residence in the Soka area on July 1, 2021, arrested about 12 of his aides and killed two of them in a gun duel. The Federal Government of Nigeria had placed the Nigeria Immigration Service and the Nigeria Customs Service on alert to stop Igboho from leaving the country.

Tags :Igboho In Cell, Made Him Cry Like Baby – Lawyer Reveals); 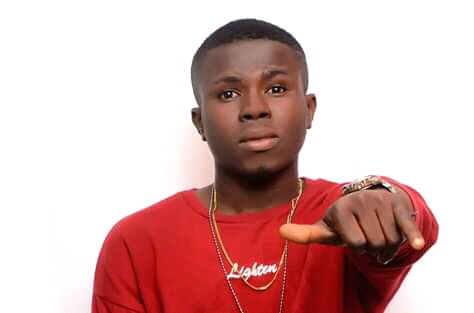